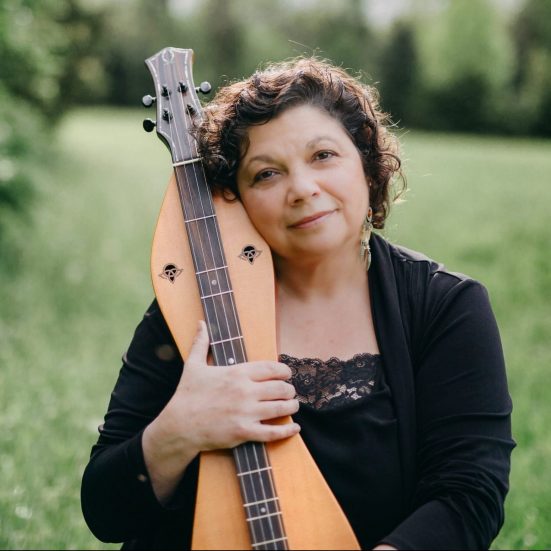 Connecticut State Troubadour (2005/2006), Thomasina Levy, is an award winning, internationally recognized mountain dulcimer player, singer, poet and song writer whose performances weave together the best of traditional and contemporary folk music. Her four years of studies and graduation as a Facilitator of Music Improvisation with cello master, David Darling and Music for People reaffirm her belief that music is in each one of us and is just waiting for the right time to emerge. With a Master of Science degree in Education, she uses music and art to help students of all ages discover their own creative spirits throughout the United States. Since January 1999, she has worked as a Master Teaching Artist in schools throughout Connecticut helping fellow artists, educators, schools and museums incorporate the arts into their programs.

Thomasina has discovered the mystery and joy of writing poetry with her mentor and Divine Poetess, Edwina Trentham. Her poem, Evensong, was published on the Connecticut Poetry Society’s website. Her found poem, Gasconading Bluster, will be included in an anthology curated by Dr. Jonah Zdanys in 2018.

Her music has been aired in over twenty countries across the globe. Described as a charismatic performer, she touches audiences with a simplicity, humanity, and strength drawn from the deep roots of the folk tradition. Thomasina has recordings and instructional books for both children and adults. Her CD, Chasing Cloud Shadows has been aired in over twenty countries across the globe. It has been described as “pure sunlight, a dazzling marriage of new and traditional folk music, jazz, country and bluegrass that makes for an hour of joyous listening.” A song she co-wrote with Joan Spear titled Out of Many We Are One, received the 2011 NAMA Award for Best Song/Single of the Year. Her latest recording project titled Parallel Universe, was co-produced with cello master, David Darling. It is released on the esteemed label- Hearts of Space Records and available everywhere on August 17, 2108. Parallel Universe is a testament to the joy that results from the collaborative process when artists are allowed to create and express themselves through the enigmatic power of music. In December 2018, Parallel Universe was awarded three silver medals from Global Music Awards. In 2019,one of its tracks titled, Walk in Beauty, won the NAMA Award for Song of the Year.

Chalked Up Review for Parallel Universe says, “Parallel Universe is truly a testament to the joy that results from the collaborative process of music when they are free to express themselves in a positive setting and with the intent to not only entertain but communicate at a deeper level the beauty of life through the many wonders and subtleties of music.” 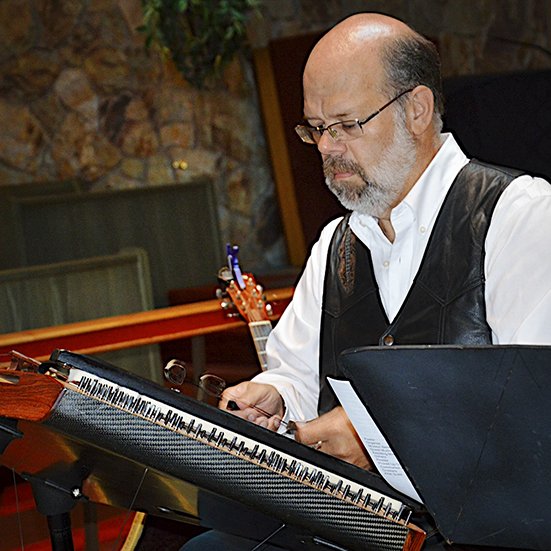 Celebrating 40 Dulcimer-Filled Years, Steve Eulberg continues to produce the “Smile inducing, toe-tapping, thought-provoking folkgrass” which is how reviewers describe this award-winning instrumentalist and songwriter’s music. He weaves together age-old songs and tunes with new melodies and contemporary lyrics accompanied by dulcimers and more. His 2019 recording, Between the Tracks, has him returning to his guitar roots with a collection of original fingerstyle compositions.

“I live for the ‘aha!’ experiences that people have and am dedicated to helping people enjoy their musical explorations on their instruments and share them with others,” Eulberg says. Students respond enthusiastically to his engaging style and warm sense of humor, making him in demand at festivals across the USA.

Award-winner in the national mountain dulcimer contest at Winfield, he is also a multiple finalist in the national hammered dulcimer contest. His music has been included in the Masters of the Mountain Dulcimer Compilations, Great Players of the Mountain Dulcimer, and has been featured on PBS’ RoadTrip Nation, United Airlines Inflight Audio and NPR. He tours as a solo performer and with the duos Fiddle Whamdiddle (with Vi Wickam) and Steve & Erin Mae (with Erin Mae Lewis). 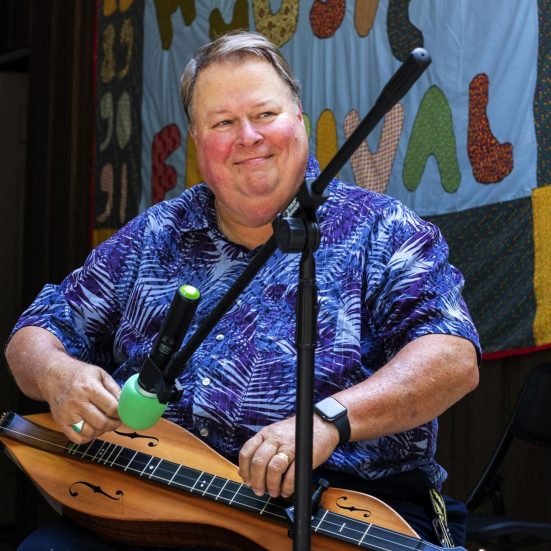 Dave Haas lives in Charleston, WV, and loves to perform and teach others how to play the mountain dulcimer! He has been playing the dulcimer since 1990, and loves to share the mountain dulcimer and its history with schools, churches, and civic organizations. He has even brought dulcimer music to those in prison! Dave is a popular dulcimer instructor, and has performed in 16 states. Dave also plays the guitar, sings, and leads music on Christian retreat experiences such as Kairos Prison Ministry, The Walk To Emmaus, Cursillo, and Teens Encounter Christ. Dave has released four dulcimer CDs, seven dulcimer instruction/CD workbooks, and a popular dulcimer chord chart. 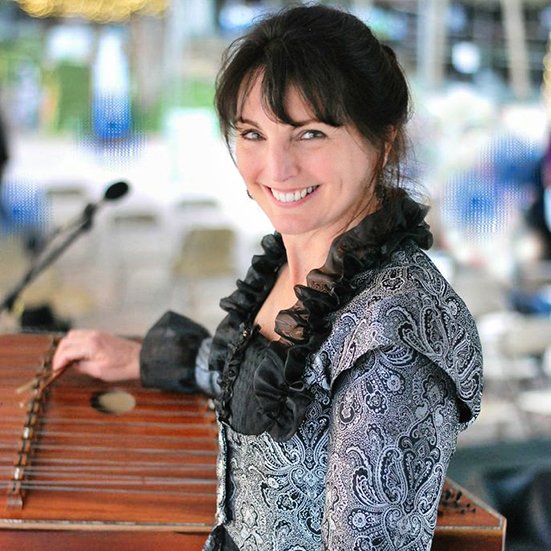 Patti Amelotte became interested in the Hammered Dulcimer and Traditional Irish music after attaining a Bachelors degree in piano performance from Chapman University. She won the California State Hammered Dulcimer Championship (last century!) and has performed throughout the West Coast, in Hawaii and in the UK as a soloist, an accompanist and with her duo Better than One, her Irish trio Looney’s Fortune & Flutter-by Music – with Brenda Hunter. Together they perform wonderful arrangements of music on 2 hammered dulcimers, harp, fiddle and accordion.

Patti has performed on television/movie soundtracks and with the San Diego Symphony in the “Lord of the Rings Suite”. She teaches private and group lessons, she hosts concerts and classes in her studio and on Zoom.

Kay has been involved with music all her life. She started out with flute and got her bachelor’s degree in music education. When jaw issues made playing flute a problem she went looking for a new instrument. A few years on the celtic harp and then a few on the hammer dulcimer ended when Kay found her true love, the mountain dulcimer. She began teaching dulcimer in Los Osos (near San Luis Obispo) when she couldn’t find people to play with. Now there is a thriving small mountain dulcimer group meeting weekly on the California Central Coast! Her fellow dulcimer players range in age from 3 to mid-80s, though the seniors definitely tip the scale. 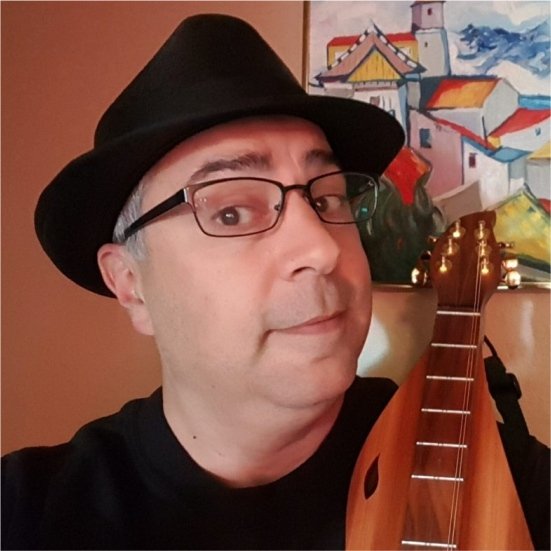 Dusty grew up strumming guitar and singing “Kum Ba Ya” and “Blowin’ in the Wind” before it was a cliché. A professional historian, Dusty discovered the dulcimer several years ago and has been doing his best to make up for lost time.  He founded River City Dulcimers, a group of musical friends that meets monthly in Sacramento and is also a Moderator at the popular website Friends of the Mountain Dulcimer.  Dusty has been a regular at folk music events around Northern California, currently offers private lessons at The Strum Shop in Roseville, and has completed two books of mountain dulcimer tablature: Lullabies from Around the World for the beginning player and Songs of Old Albion & Erin: Ballads, Airs, and Dances from the 16th to the 18th Centuries with intermediate-level arrangements of tunes from the early modern British Isles.  His lessons, arrangements, and compositions combine a respect for traditional sounds with a modern, blues-influenced sensibility. 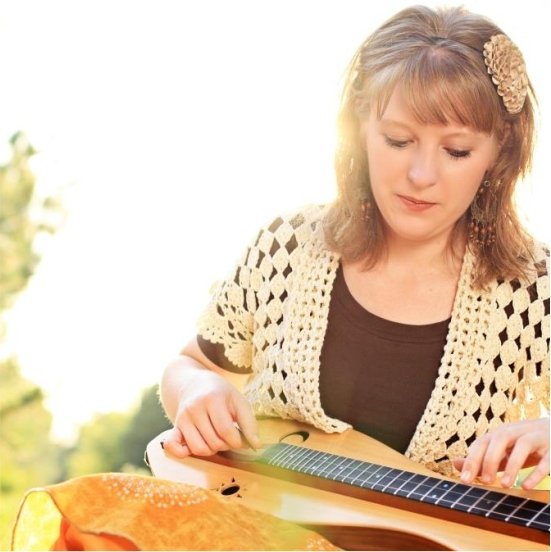 Erin Mae is a freelance folk musician and mountain dulcimer teacher who has carved her own path every step of the way. She has a degree from South Plains College in Commercial Music, where she was the first student to study mountain dulcimer. She continues today to be a leader of innovation and education in her musical community. Erin Mae’s passion is to empower and equip others to find their own creative expression in the world. 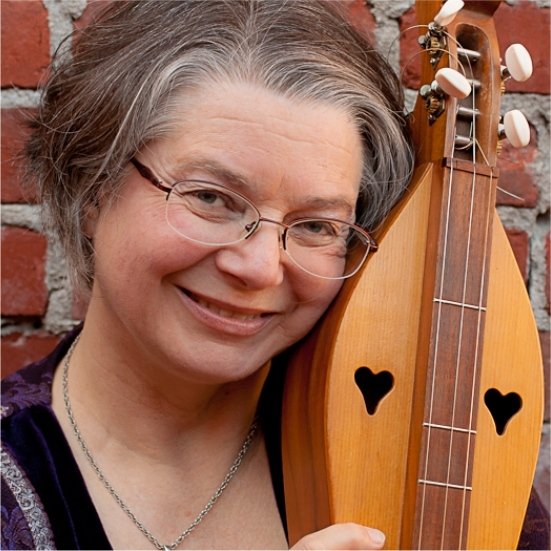 Musically versatile, she performs with her husband, Buffalo, as The DulciMates. DJ has produced 6 recordings and “Indian Summer,” a book of her music and original arrangements. She is working on a book of original music and arrangements for baritone dulcimer.

Learn more about DJ’s recordings, books, and online classes at: 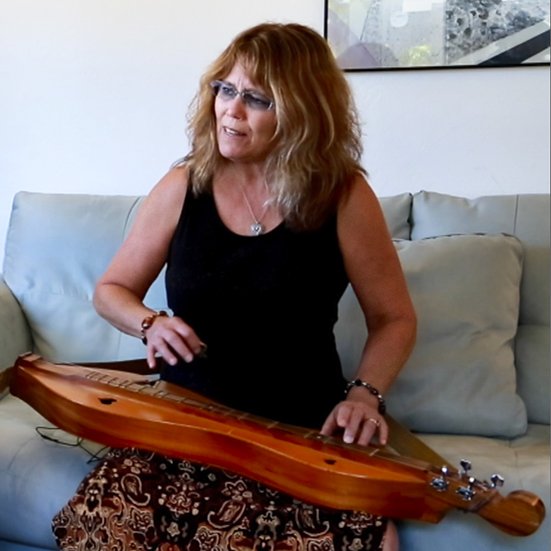 Laura Devine Burnett has been playing Mountain Dulcimer for over 40 years, with her first teacher being Joellen Lapidus. She was so inspired then, and continues to inspire her students to this day. Laura is featured in the documentary Hearts of the Dulcimer which premiered at film festivals in 2013. Her former group, Dulcimer Girls, has performed at the American River Music Festival, Don Quixote’s Music Hall, and Santa Cruz Museum of Art & History. Their YouTube video Old Ways has over 30 thousand views.

Rob Brereton is considered one of the pioneers in contemporary mountain dulcimer playing. His years of studying classical guitar have polished his playing style while his degree in music theory and composition has given him a fresh approach to arranging.

Rob was one of the first dulcimer players to arrange extensively in chromatic and other alternate tunings. Although he specializes in the standards and early jazz tunes of Duke Ellington, George Gershwin, and the like, Rob is equally adept at playing the more traditional celtic, Appalachian styles and other dulcimer repertoire.

The late dulcimer master, David Schnaufer called Rob’s playing “masterful…strong and innovative.” Rob’s music is featured on his recording, Someone to Watch Over Me.

Rob has taught all levels of dulcimer at most major music festivals and folk schools across the country and internationally. He has won several awards for his playing including a coveted Winfield National flatpicking award. He has been playing dulcimer for over 30 years and has been an internationally recognized performer and instructor since his first CD was released in 1992.

In addition, Rob teaches K-6 music in several schools and has many private students. He also composes and he directs several choirs near his home in CT.